The annual release of Starbucks’ Pumpkin Spice Latte officially kicked off the pumpkin season. From jack-o-lanterns and pumpkin pie to Saucony’s pumpkin-spiced sneakers, pumpkins have taken over the season. We dug into Quantcast’s first-party data to see who is completely obsessed.
Based on searches, the people most interested in pumpkins tend to be female, 25-44 years old, have children, household incomes of $100K+, college/graduate school educated and vote Democrat. Recipes topped pumpkin interest followed by pumpkin patches, carving/jack-o-lanterns and canned pumpkins. 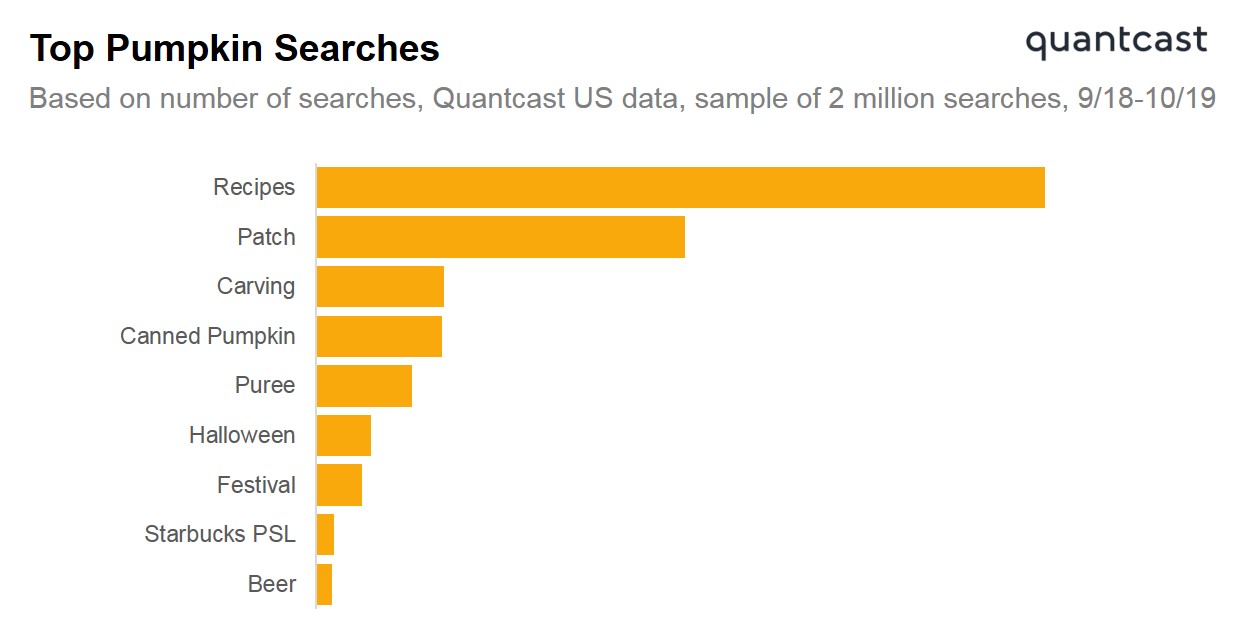 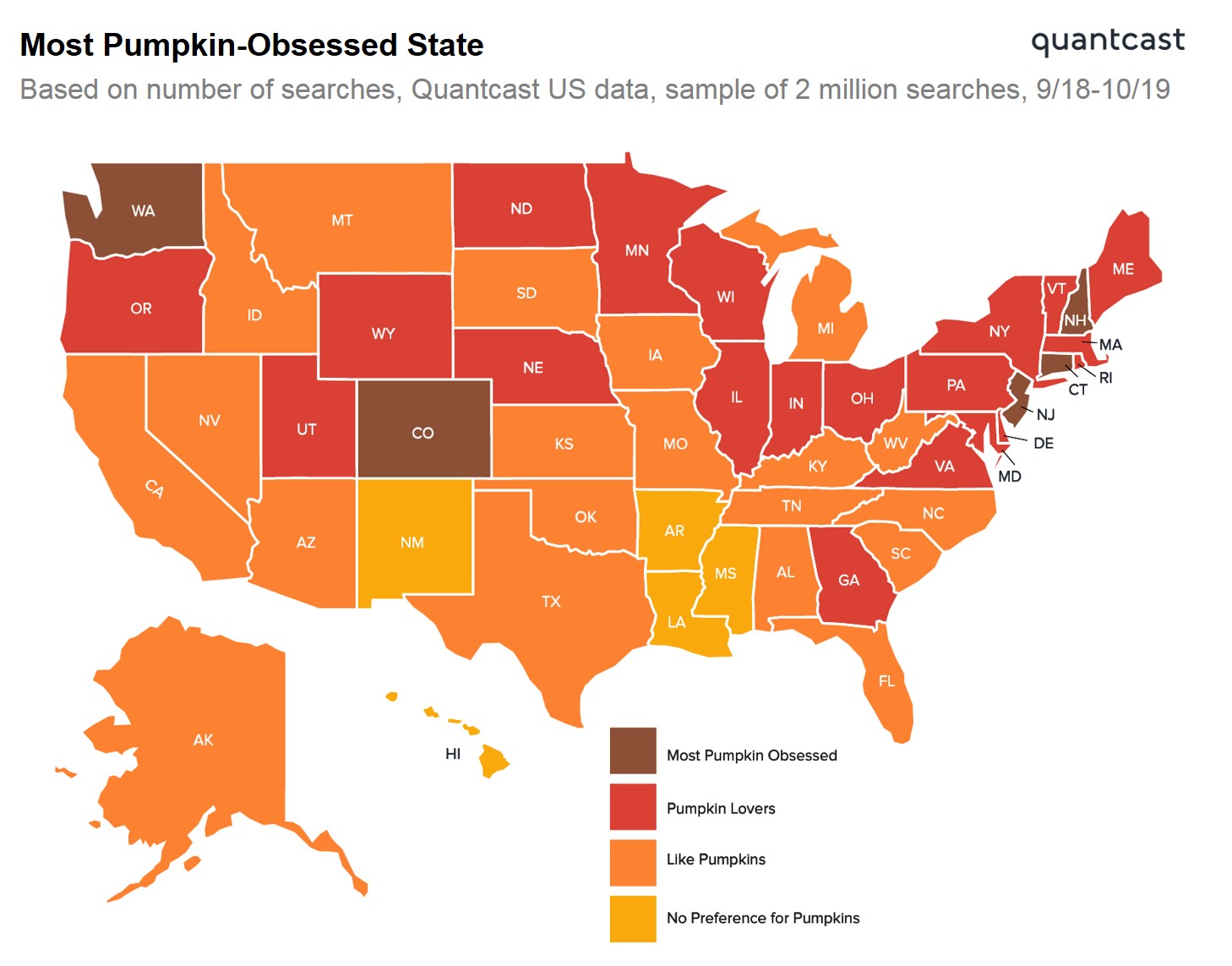 New Hampshire – the most pumpkin-obsessed state – skewed highest toward pumpkin-centered festivals. The New Hampshire Pumpkin Festival is rated one of the best American pumpkin festivals by Fodor’s travel and still holds the record for most jack-o-lanterns in one place. Connecticut, New Jersey and Washington searches skewed highly toward pumpkin patches while Coloradans looked for their local pumpkin-spiced latte beer. Another notable standout – the Virginia/DC area – significantly skewed toward Trump-kin-inspired carvings. 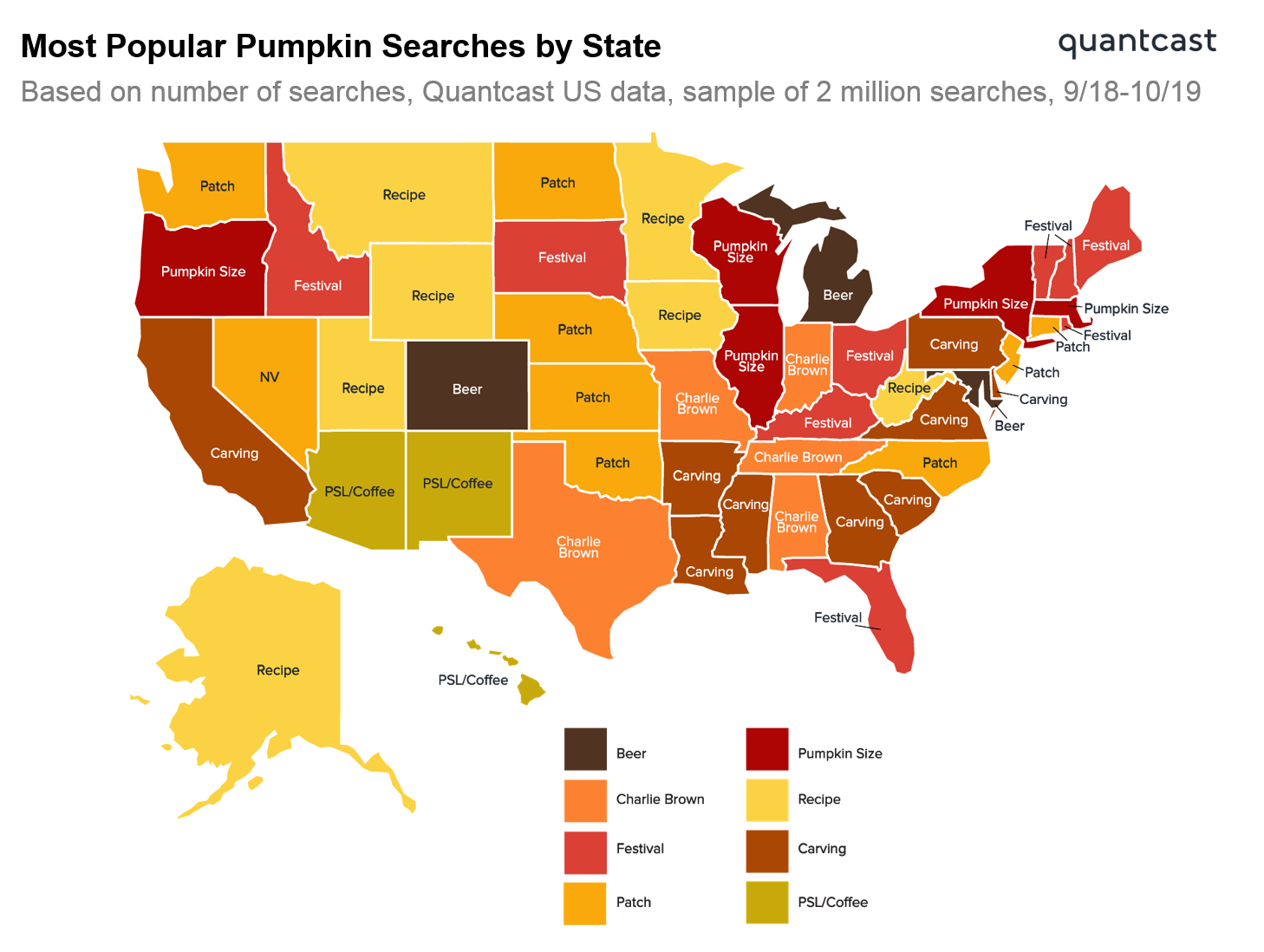 Whether it’s carving pumpkins underwater or flavored beer, it’s clear why the US grows 1.5 billion pounds of pumpkins for the season, generating over $143 million in sales a year. Happy pumpkin-ing!
About Quantcast
Quantcast has one of the world’s most sophisticated data-intelligence platforms, using big data and machine learning to solve the biggest challenges in marketing. Quantcast Measure is used by leading publishers for free audience measurement, including demographic and interest insights. Quantcast Advertise is a leading programmatic advertising solution for reaching and influencing targeted audiences. Learn more at www.quantcast.com.