Let the games begin! The 2016 Summer Olympics have already been making news ahead of the torch’s arrival at Barra Olympic Park in Rio de Janeiro, Brazil. As the world’s best athletes prepare for competition, news around the games have been riddled with controversies and concerns. We dug into Quantcast’s first-party data to see who is searching for the Olympics in the U.S., Great Britain, Canada and Australia.

Searches for general Olympic topics dominated interest around the games. The abundance of controversies surrounding the games garnered more interest than both the sporting events and competing teams/athletes across all of the countries we looked at. 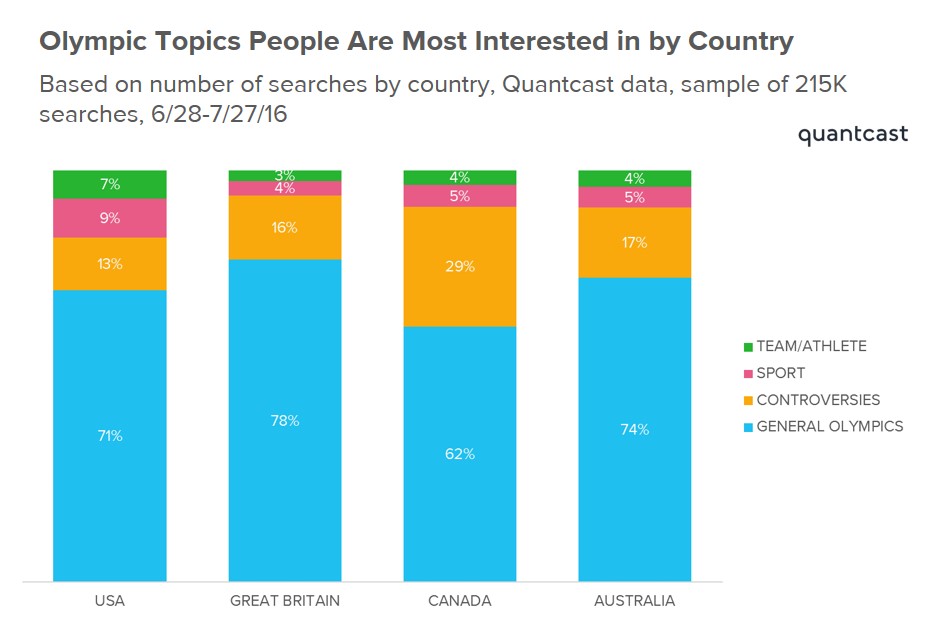 Within controversies, the Russian doping scandal grabbed the most attention in the U.S. and Great Britain. Canada showed the greatest concern for the super bacteria found in Rio’s water where the rowing and canoeing teams will compete. This is of particular interest to Canada as 28 percent of its medals won in the 2012 Summer Olympics were in rowing and canoeing. Australians are most worried about Brazil’s readiness as the Australian team has experienced difficulties with the living quarters. 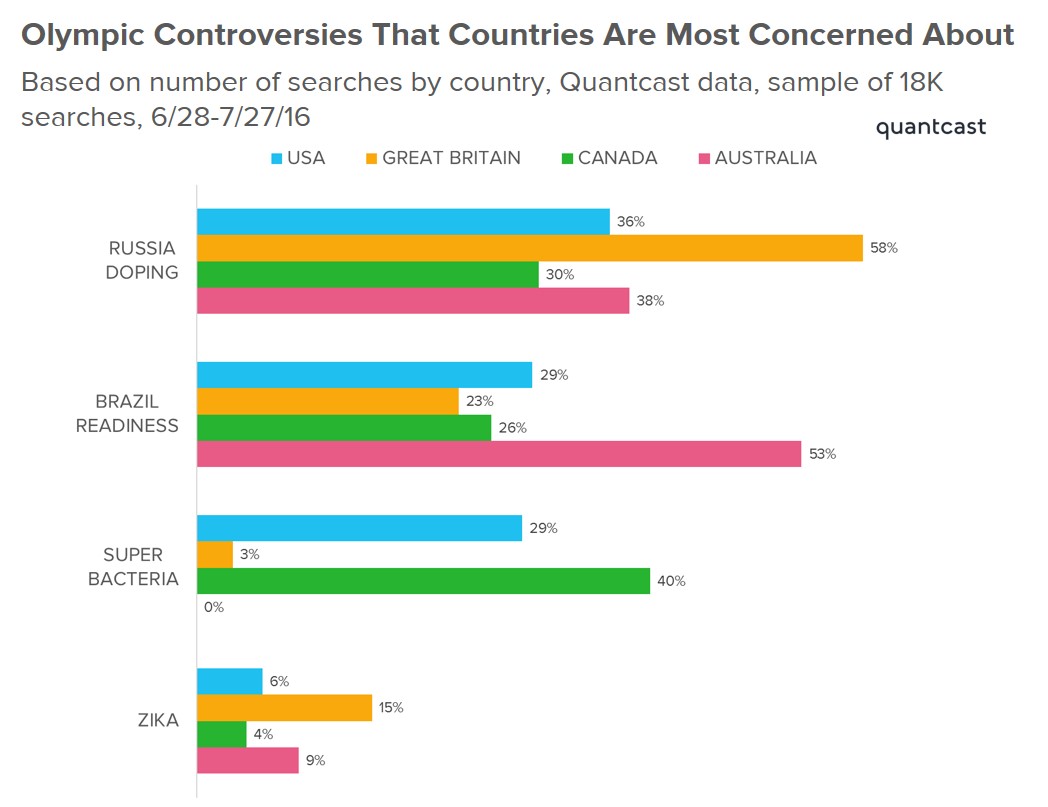 Using search as an indicator of popularity, we ranked the most anticipated Olympic sports by country.

As the Olympic sporting events kick off, attention will shift from pregame jitters to admiration for the athleticism on display. Check back here as we track how the Olympic journey unfolds and we find out who will be this year’s breakout Olympian.

Quantcast has one of the world’s most sophisticated data-intelligence platforms, using big data and machine learning to solve the biggest challenges in marketing. Quantcast Measure is used by leading publishers for free audience measurement, including demographic and interest insights. Quantcast Advertise is a leading programmatic advertising solution for reaching and influencing targeted audiences. Learn more at www.quantcast.com.

We took a look at the search behaviour amongst the British public immediately after the monumental vote and examined how the rest of the world reacted.
From jack-o-lanterns and pumpkin pie - pumpkins have taken over the season. We dug into Quantcast’s first-party data to see who is completely obsessed.
Hatchimals are the hottest gift of the season – a self-hatching toy that’s part Tamagotchi, part Furby that kids can teach to walk, talk and dance. While parents have been...