Multi-level marketing (MLMs) companies are having a moment — more specifically, a $30 billion in sales kind of moment. MLMs, aka network marketing, use direct sales via social media networks to sell product. They drive sales leveraging personal relationships between seller and consumer, rather than relying on traditional brick-and-mortar retailers and big-box stores. Salespeople post unbelievable success stories on social media to entice “friends” to buy product or, better yet, to join their growing team. Many MLM companies boast that for a small starter kit fee, anyone can start their own business — the key being the more product you sell and the more people you recruit, the bigger the payday.

We wondered who is most interested in MLMs and how they express that interest. We used Quantcast data to find out. Overall, MLM searchers skewed significantly toward females, ages 18 to 44, with children in the household, college- or graduate school–educated and Asian. We got even more detailed and broke out searchers by: 1) people interested in becoming MLM consultants, 2) people interested in the business side of MLMs (CEO, stock, current news, etc.) 3) people searching for the company’s products 4) reviews of the quality of products, and 5) people investigating whether MLMs are a scam.

We took a deeper look at a handful of MLM companies to better understand who is interested in each. 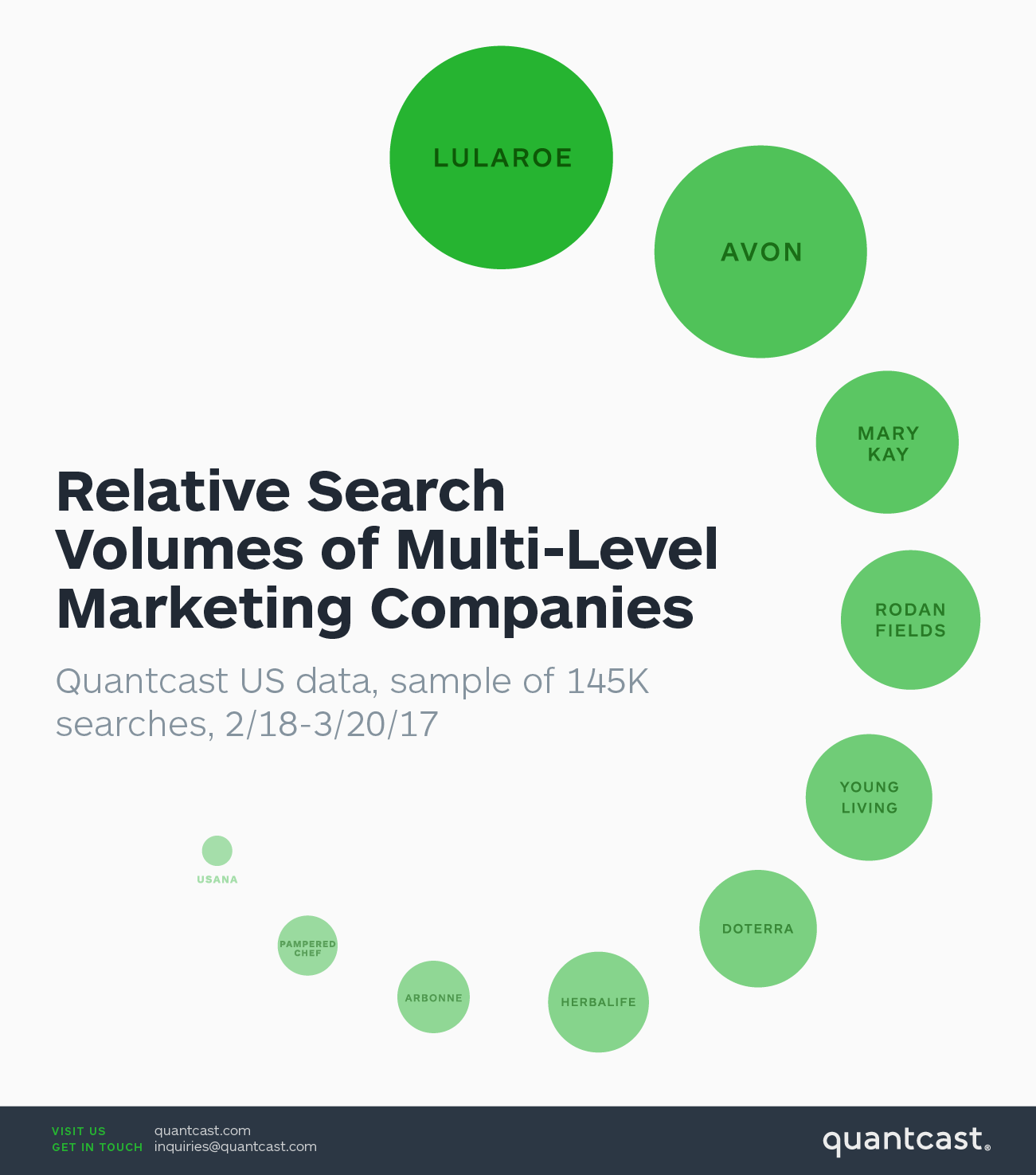 On a regional basis, 9 of the top 10 indexing states for MLMs were located in the East, while Arizona was the seventh-highest indexing state compared to state population. Interest in companies was very regionally focused: 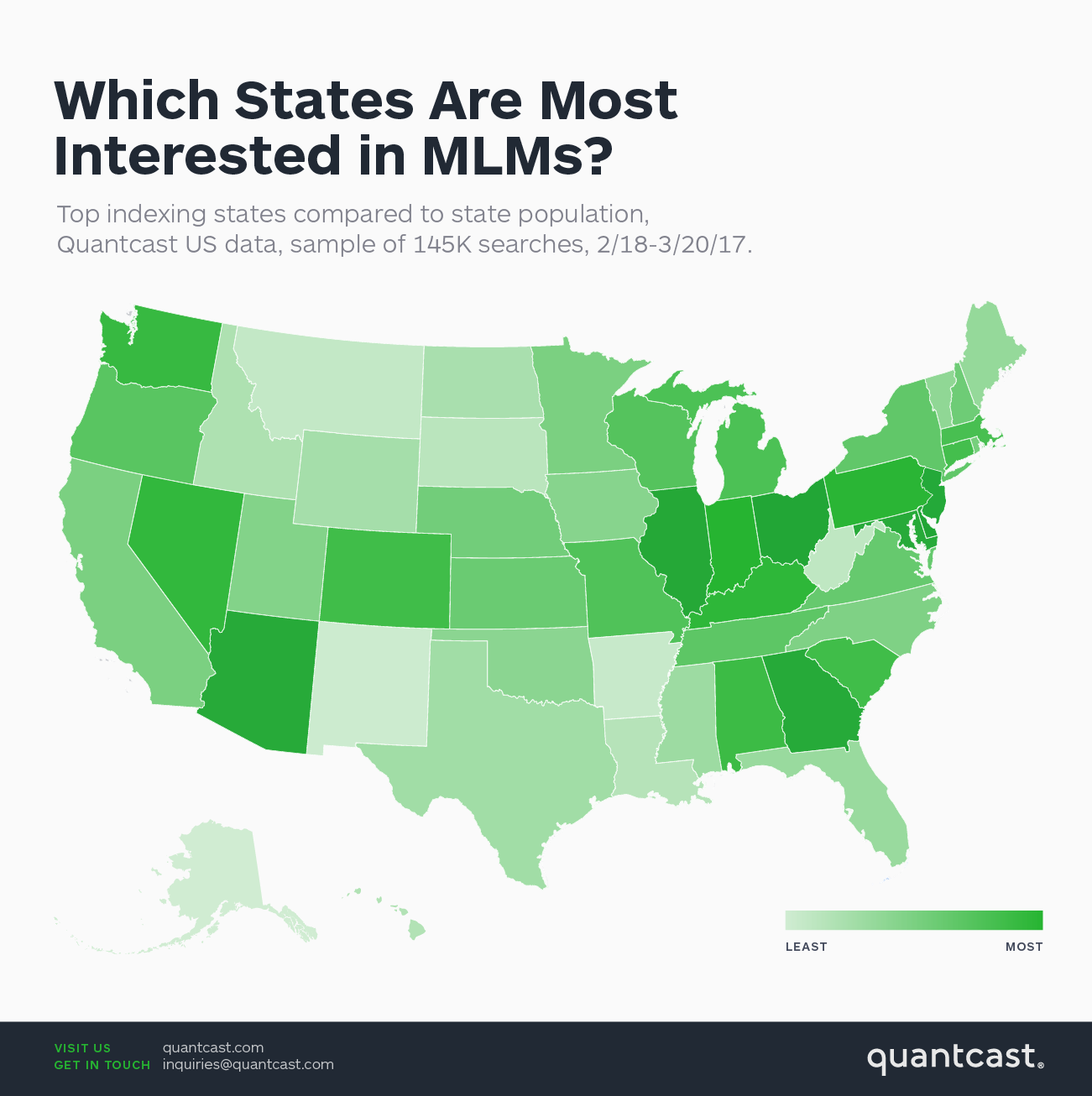 We then dug even deeper into the data for each of the companies to see differences in who is searching for each. Key highlights of our findings include: 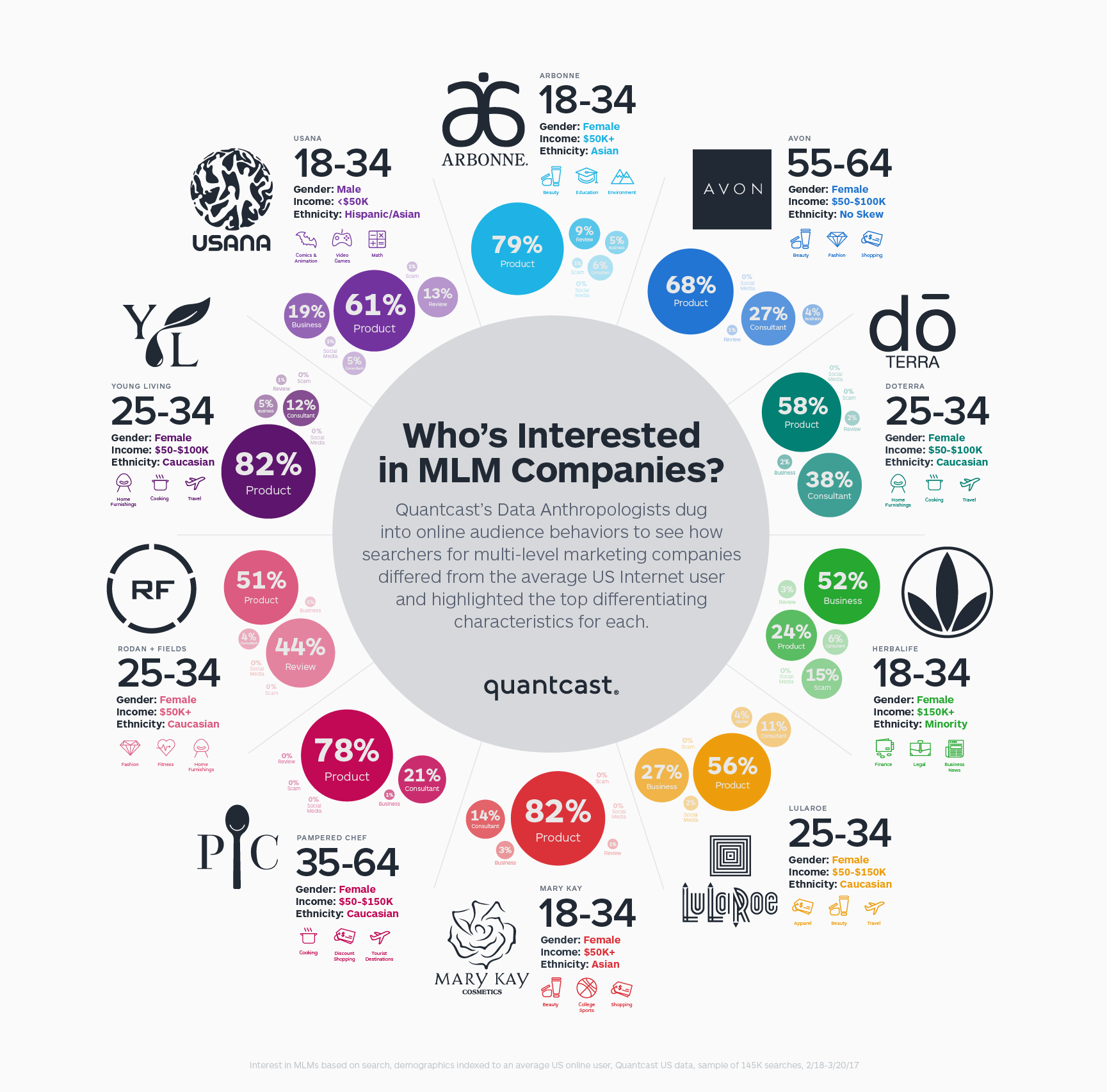 Whether you’re quantifying searches on the business aspect of MLMs or looking to see how many people show interest in becoming independent consultants, online interest around MLMs is on fire. Even Hollywood is cashing in on the phenomenon with a new film starring Kirsten Dunst in the works and the newly released movie Betting on Zero that explores the inner workings of Herbalife. With promises of large paychecks made on part-time work schedules, it’s no wonder so many people want to know more.

We took a look at the search behaviour amongst the British public immediately after the monumental vote and examined how the rest of the world reacted.
From jack-o-lanterns and pumpkin pie - pumpkins have taken over the season. We dug into Quantcast’s first-party data to see who is completely obsessed.
Love don’t cost a thing – if you’re JLo. For the rest of us, finding love can be a costly and time-consuming affair. With the wide range of online dating sites and a...