Hatchimals are the hottest gift of the season – a self-hatching toy that’s part Tamagotchi, part Furby that kids can teach to walk, talk and dance. While parents have been desperately trying to find them, almost no one else has heard of the toy. We dug into Quantcast’s view of online behavior to see how parents of children under 18 have searched for the toy, versus how non-parents (Others) have searched for it.
Parents of <18-year-old children dominated the search for Hatchimals. Parents skewed female, 35-44 years old, middle income ($50K-$100K) and Caucasian. Non-parent Hatchimal searchers skewed female, toward the youngest (<18 years old) and older (45+ years old) demographics, middle-higher income ($50K+) and Caucasian. The 35-44-year-old demographic that skewed extremely high within parents didn’t skew with Others. 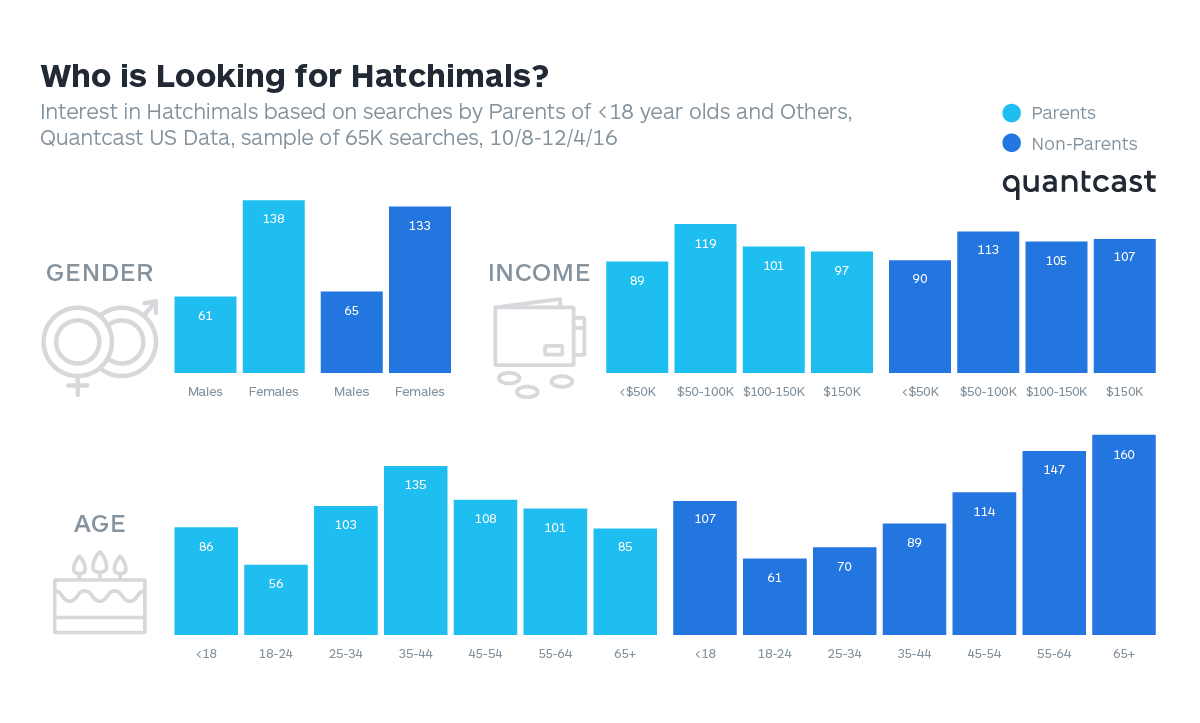 Parents still in the dark about Hatchimals might have geography to blame. Eastern states have become more crazed than other states when we compared searches to state population. For both Parents and Others, the top five indexing states for searches were in the east.

Although Hatchimals were released in early October, popularity in searches didn’t come until early November and spiked after a segment on the Today show. Parents’ interest soared around Black Friday deals and again in early December after rumors of in-stock Hatchimals. Others showed more interest in the Today show segment and stories about parents writing sorry letters from Santa for failing to deliver a Hatchimal. Top URLs visited by Parents were for discount sites, whereas Others skewed toward business news sites. Parents preferred searching on mobile devices, whereas Others stuck to desktop. 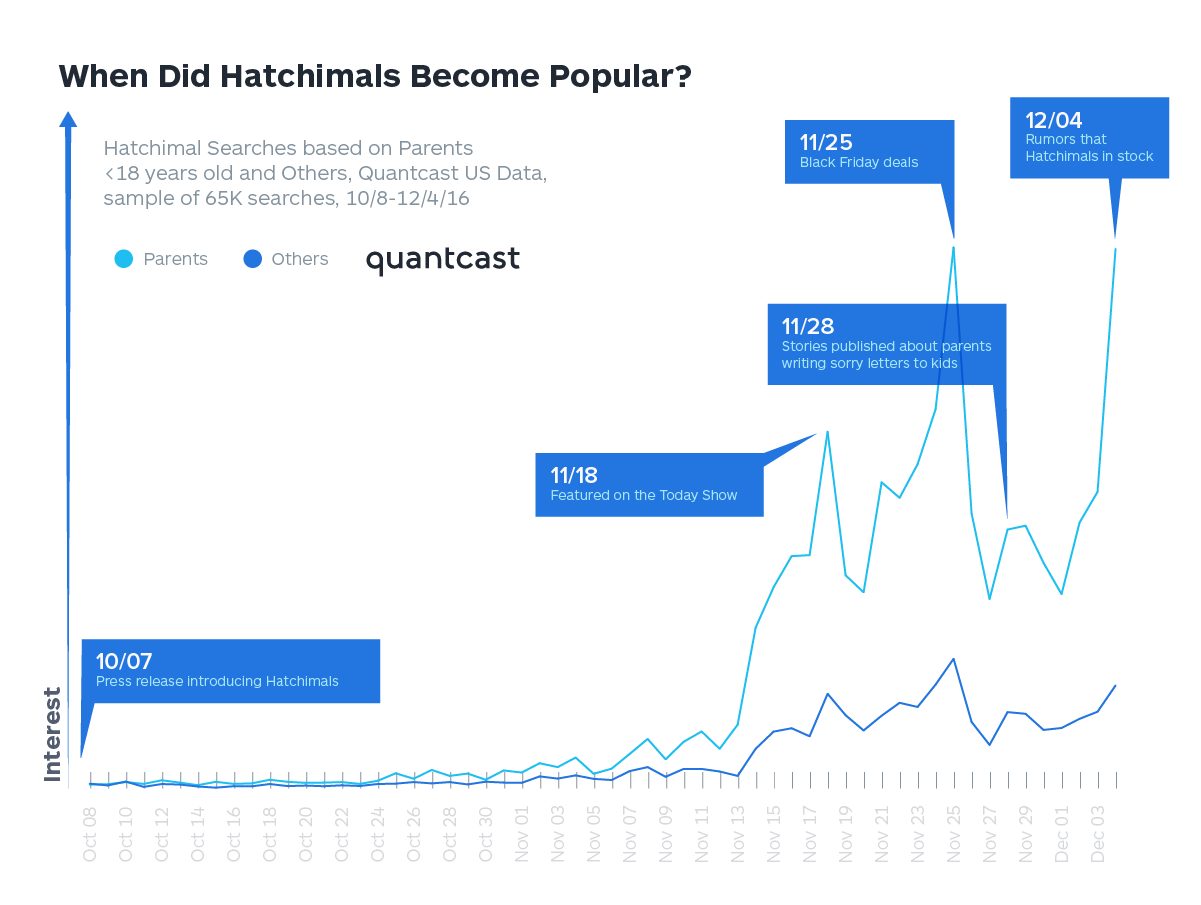 Every year a toy emerges as the it toy of the holidays – this year it was an animatronic self-hatching stuffed animal that was inspired by YouTube unboxing videos. Popularity of Hatchimals took off after a segment on the Today show, but the toy was mostly favored by parents and people living in eastern states. For those lucky enough to score a Hatchimal, happy hatching – to everyone else, a letter from Santa may be in your future.