SXSW in Austin, Texas has bloomed from a local music festival into a massive conference that serves as a pulsepoint for the next big things in technology, music and film. Twitter was unveiled at SXSW in 2007 and Foursquare in 2009. Using Quantcast data, we wondered who you might find at each of the sessions and where festival-goers can be found relaxing, dining and partying while in Austin.

A typical SXSW searcher skews toward minorities between 18-44 years old with $50K+ in annual income and a college education. Top interests include music, finance and technology – right up the alley of SXSW session topics. We took this as a baseline and compared how searchers for each section of SXSW – film, interactive and music – differed from here.

Highlights of the Data: 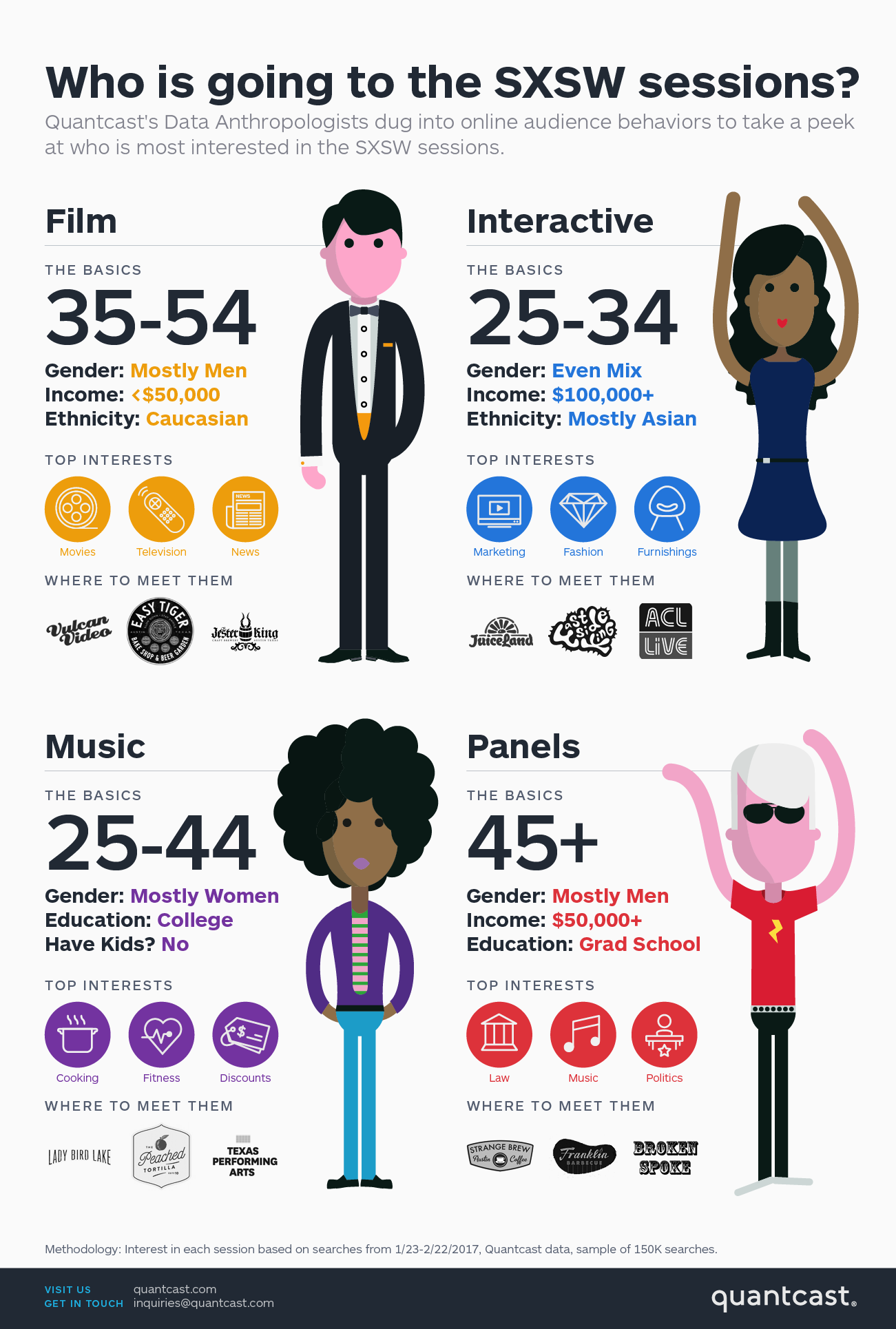 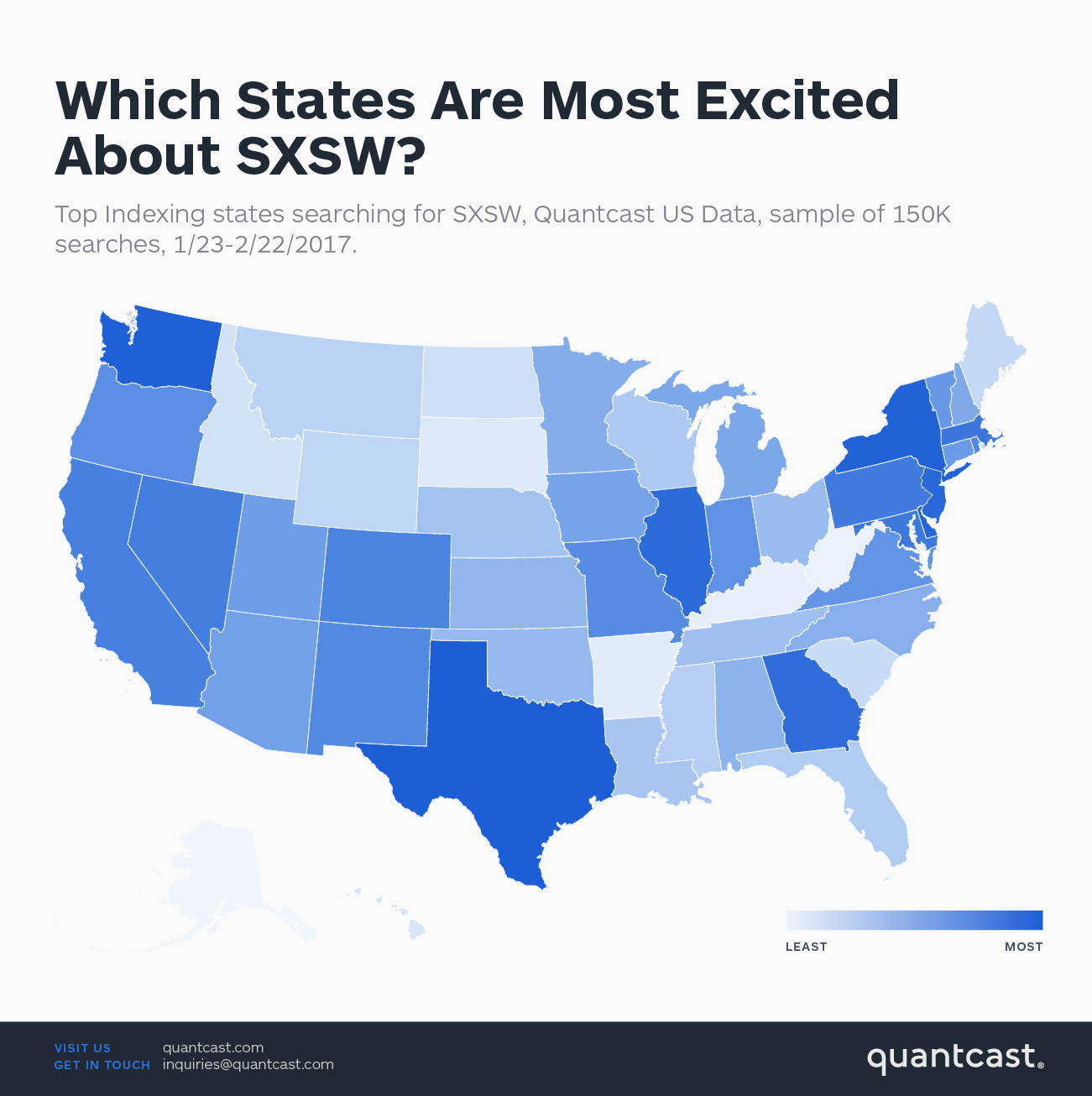 Whether it’s checking out the latest films, testing a new technology or catching a well-known panelist – one thing is for sure, there will be plenty to do at SXSW and in Austin!

We took a look at the search behaviour amongst the British public immediately after the monumental vote and examined how the rest of the world reacted.
From jack-o-lanterns and pumpkin pie - pumpkins have taken over the season. We dug into Quantcast’s first-party data to see who is completely obsessed.
Love don’t cost a thing – if you’re JLo. For the rest of us finding love can be a costly and time consuming affair. With the wide range of online dating sites and ap...